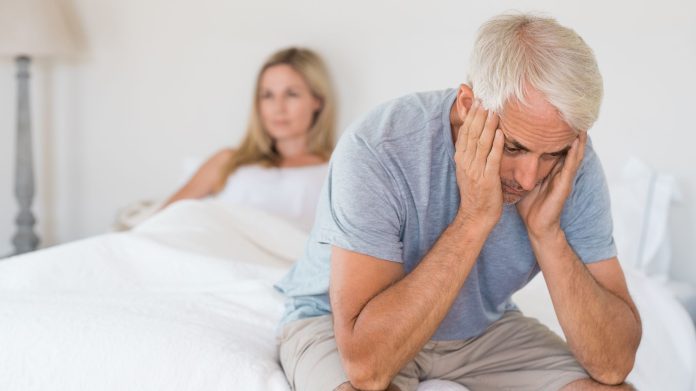 There are about 10%-20% of cases of erectile dysfunction can be attributed to psychological factors. In most cases, ED is the result of an underlying physical problem. Childhood abuse or sexual trauma can sometimes contribute to the psychological effects of ED.

A number of psychological factors can contribute to ED, including stress caused by work, money, or marital issues. A man with erectile dysfunction (ED) cannot obtain or maintain a firm erection for sexual activity. 30 million men in the United States suffer from this sexual problem.

There will be a time in everyone’s life when they experience stress. Stress can sometimes serve as a powerful motivator. However, even simple stress – like a presentation tomorrow at work – can impair your sexual performance. Your sexual health can be affected by stress even if you’re not carrying a heavy load.

Chemical imbalances in the brain are often responsible for depression. In addition to affecting sexual desire, it can also affect sexual function. The diagnosis of depression, however, isn’t always straightforward for men. TheNIMH (National Institute of Mental Health) says that many men don’t recognize depression’s symptoms, and some are reluctant to seek help.

How does depression affect erectile function?

ED can be caused by depression, which answers your question. The good news is that ED should resolve if depression is treated. That would be ideal if it could occur without medication. If you require medication for depression, your psychiatrist can help you select one that is known to cause the fewest chances of causing erectile dysfunction (ED).

SSRIs (selective serotonin reuptake inhibitors) make up the bulk of prescription antidepressants. As a result of raising serotonin levels in the body, the person who takes the drug feels calmer and less anxious. While we may feel calm and stable, our libido may also decline. Our bodies are prevented from transmitting messages to our brains through the hormones that respond to sex.

There is a wide range of side effects associated with antidepressant drugs. Many people who take antidepressants have reported gut issues and anxiety. The following symptoms are commonly reported:

There is no universal solution or cause when it comes to these symptoms. In addition, some symptoms are specific to men and women. Some men experience more specific symptoms, like having trouble getting or maintaining an erection or having a persistent, painful erection. It is also possible for men to experience painful or delayed ejaculation.

In particular, women taking antidepressants experience lactation that is not caused by pregnancy or breastfeeding, as well as vaginal and nappy numbness. A person’s quality of life may be negatively affected by the symptoms of sexual dysfunction. People may stop taking their medications to find relief from these symptoms, which can affect relationships, decrease self-esteem, and lead to self-harm.

Depression can cause ED, which is the answer to this question.

Treatment of depression should resolve the ED if the depression is treated, normally achieved without medication. If you need medication to treat depression, your psychiatrist may recommend those least likely to cause erectile dysfunction (ED) in the first place.

Despite its social stigma, depression is one of the most common illnesses. Over one in 20 Americans over the age of 12 suffers from depression, according to the Centres for Disease Control and Prevention (CDC).

Several factors contribute to erectile dysfunction, including anxiety, low self-esteem, and guilt. It is important to note that these are all symptoms of depression, but they can also occur naturally due to stress or ageing. In addition to losing interest in activities, men who are depressed tend to lose interest in their work as well. It may also mean that men do not find sex as attractive as they did in the past.